skip to main | skip to sidebar

Like many designers, I am inspired by the work of particular artists. One such artist is Dan Flavin.

I recently read a book of essays about Flavin which added to my understanding of this artist. Flavin is best known for his lighting installations in the 1960's using fluorescent tubes strategically placed in a gallery or interior.

A few points I jotted down from these readings -

• the idea that Flavin’s art is not just about the work itself but about the physical space around it and the context of display.
• the connections between his work and the Impressionists, Matisse ( after whom he named at least one artwork), Mondrian and pop art,
• broader ideas of light as art – exploring the idea of light as impermanent, ephemeral, kinetic (pulsating and changing).
• Idea of the fluorescent tube being a “readymade” out of its usual environment of the factory or office.
• His work also poses questions about about our relationship with technology. ALso the transitory nature of technology - when Flavin was working fluorescent technology was still relatively new however, we are moving on from these light sources which in themselves will eventually fail.

There is a real elemental simplicity in Flavin's work which always challenges me as well.
Posted by Ruth at 10:19 PM No comments: 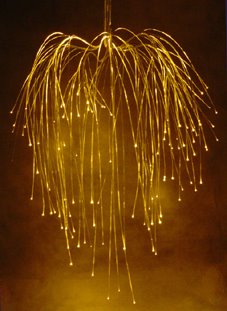